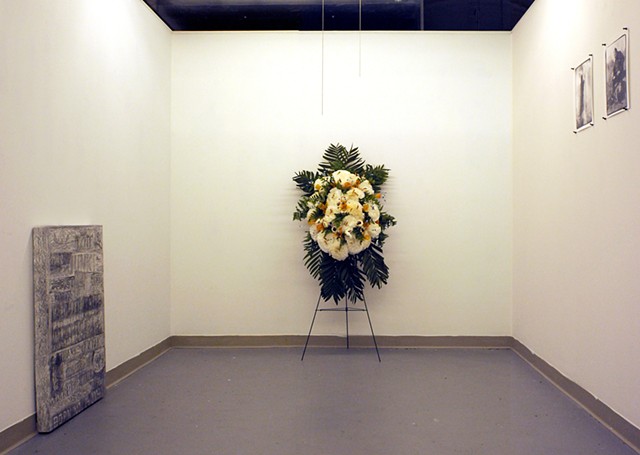 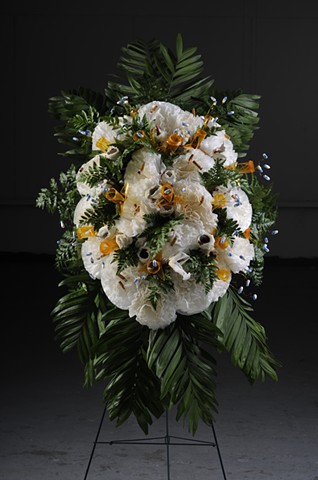 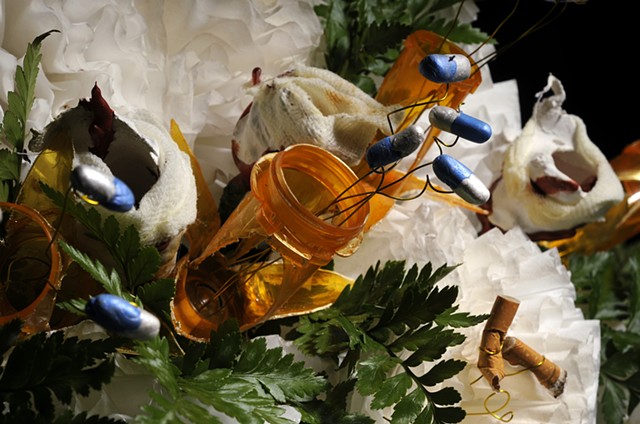 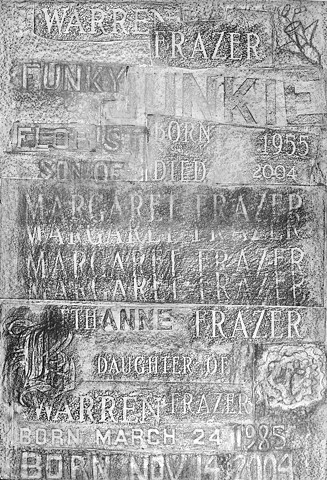 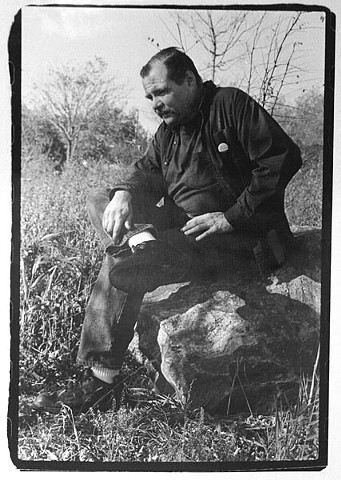 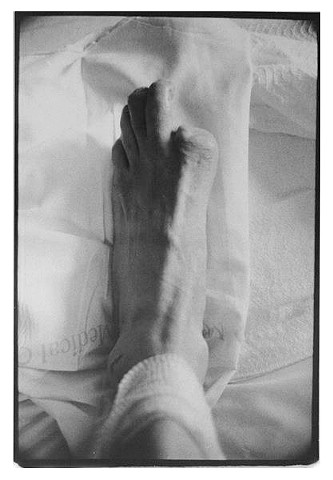 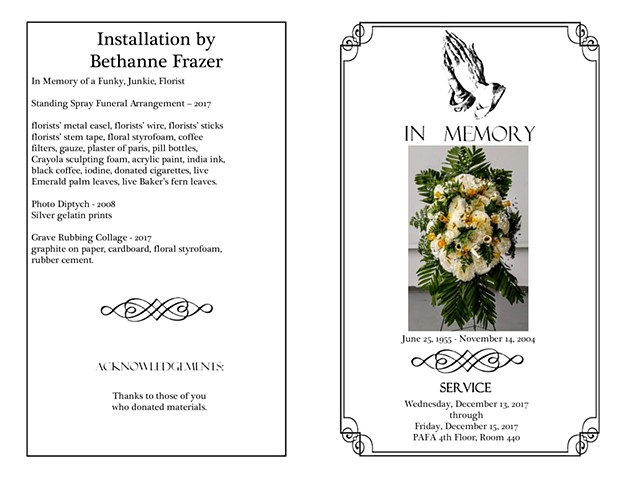 Poster for "In Memory"

Artist Statement for Installation titled “In Memory” This installation project came out of a need to commemorate thirteen years since my father died, in November 2004. He died at the age of 49 of a sudden massive heart attack. He suffered from diabetic foot ulcers which resulted in toe amputations. My father was a florist for as long as he was a smoker, which was about thirty years. He was also addicted to painkillers. I vividly recall him bandaging his feet. The flowers I made are symbolic to me and I made each of the flowers in this arrangement and then arranged them with living greens in the traditional fashion of a standing spray funeral arrangement. I spent many days in my youth watching him work, and vicariously picked up the skill of how to arrange flowers. The installation room also includes a grave rubbing collage in the form of a headstone as well as two of my silver gelatin prints of him printed in 2008. One print is of him seated outdoors, a negative on one of my first rolls of film shot in high school. The other image is of one of his feet, missing a big toe, that was taken in the hospital the summer before he died, prior to another amputation. The process of hand making each of the flowers, receiving some of the materials as donations like the cigarette butts, shopping neighborhood florists who would sell me greens for the project and then creating the installation has been a dynamic experience for me. It has also opened others to engaging me in heartfelt and meaningful conversations about the nature of grief, memory and memorials. The installation was on display at PAFA on the 4th floor in room 440 from Wednesday, December 13th until Friday, December 15th of this year. There was an accompanying poster and handout that appeared to look like a funeral announcement.